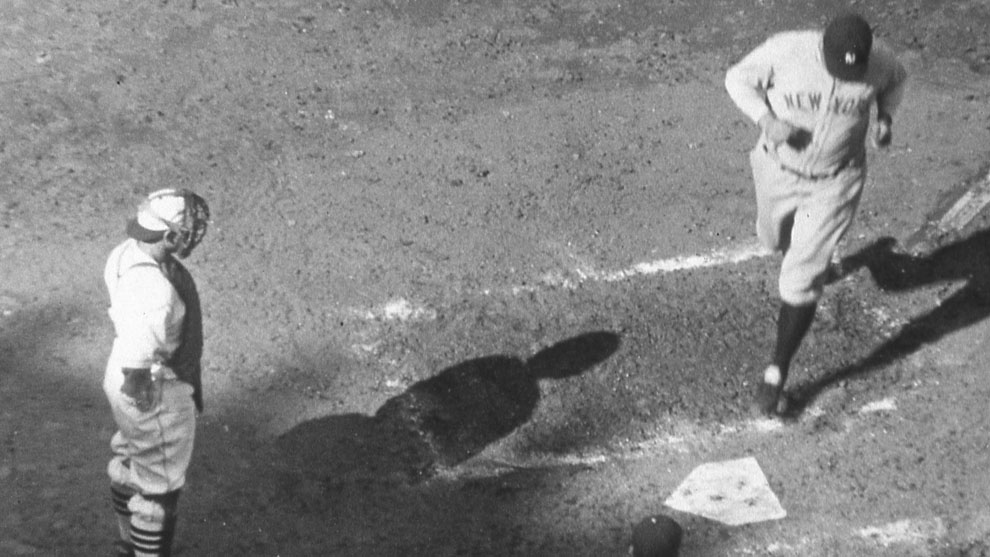 Playing in their first World Series, the Cardinals traveled to New York for the opener. Both clubs scored single runs in the first, after which the pitchers settled down. The only other run came in the sixth, when Lou Gehrig drove in Babe Ruth with a single. Herb Pennock went the distance for the Yanks, allowing just three hits.

Cardinal knuckleballer Jesse Haines was the story in Game 3, as he beat the Yankees 4-0 with a two-run homer and a complete-game five-hitter. The Yanks got their revenge in Game 4, however. Powered by Ruth's three home runs, New York cruised to a 10-5 win.

The Yankees sent the fans home unhappy again in Game 5, scoring a run apiece in the ninth and 10th innings for a 3-2 victory. Game 1 winner Pennock went all the way for the Yankees. Back in New York for Game 6, Cardinal sluggers played three Yankee pitchers to the tune of 13 hits and 10 runs, more than enough for Alexander, who allowed just a pair of runs while going the distance.

So it came down to Game 7. The Cardinals led 3-2 in the seventh, but the Yanks loaded the bases and starter Jesse Haines was suffering from a blister on his pitching hand. Player-manager Rogers Hornsby summoned Alexander -- winner of Games 2 and 6 -- from the bullpen, and Ol' Pete struck out Tony Lazzeri to end the threat (though not before Lazzeri hit a long fly down the left-field line, just foul). Alexander held the Yanks scoreless in the eighth and ninth, and the Series ended when -- with Gehrig at the plate and the Yankees trailing by one run -- Ruth was caught trying to steal second base.